Tomorrow night the awaited series, His Dark Materials, premieres on HBO. The series is based on Philip Pullman’s award-winning book trilogy of the same name. The first season will cover the first novel. The world of the show is similar to our own in some ways, but also very different. In some ways their technology is more advanced than in ours, but in other ways they fall behind. The biggest difference, however, is that in the world of the series, humans live with daemons, but not the kind you’re used to. Daemons are the manifestation of the soul outside of the body as an animal, and every person has one. They talk and can change into any kind of animal, but when a child reaches puberty, they settle on their form, reflecting the person’s true nature.

At the beginning of the series Lord Asriel (James McAvoy) brings a baby to Jordan College, invoking Scholastic Sanctuary and giving her to the Master of the college, Dr. Carne (Clarke Peters), who will keep her safe.

Lyra (Dafne Keen) grows up at the college with her daemon, Pan, and befriends another orphan, Roger (Lewin Lloyd), and together they go on mischievous adventures. 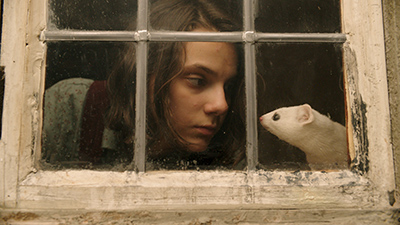 One day her uncle, who is an explorer, returns to the college with a discovery that is considered heresy by the Magisterium which closely oversees the college.

As other events unfold, Lyra’s best friend is kidnapped, and Lyra goes on a quest to find him and bring him back, which involves leaving the college with the mysterious Mrs. Coulter (Ruth Wilson) and becoming her assistant.

And that’s only the beginning of the story.

Haven’t not read the books, and only having seen The Golden Compass film years ago, most of which I don’t remember, I didn’t know exactly what to expect.

I was quickly pulled into the show and Lyra’s world. The world of HDM is complex and the visuals are often breathtaking. The universe has a unique, but almost steam punk feel, with zeppelins and more as well as costumes that fit perfectly. 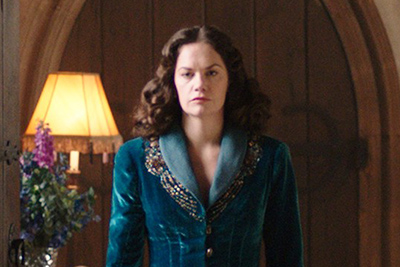 All of the visuals are stunning, not just the environments, but also the CGI daemons, which are very realistic and fit well within the world.

The characters are brought to life by an excellent cast. While Dafne Keen is perfect as Lyra, Ruth Wilson as Mrs. Coulter is a standout creating such a multilayered character.

The story itself is fantastical with twists and turns that delight, from something called Dust, to armored polar bears to witches to truth-telling alethiometers. That doesn’t, however, mean that it’s all rainbows. The show can get dark at times as well with hints of experiments and Gobblers kidnapping children. It really has everything, and it's something that will appeal to all ages.

I’ve only seen four of the eight episodes so far, but I’m already deeply into it and waiting for more. 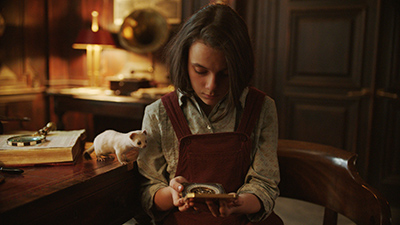 The season will have eight episodes which should give ample time to tell the story from The Golden Compass. The series has already been renewed for season two, which will follow the second novel, The Subtle Knife.

If you enjoy fantasy and interesting characters or are a fan of the books, be sure to tune into His Dark Materials tomorrow night on HBO.
Twitter
BotonSocial por: SocialEmpresa
Category: TV Reviews & Recaps