SciFi Vision | All Reviews | Television Reviews | Review: His Dark Materials - The Idea of the North - 1.02

Tonight, His Dark Materials returned for an all-new second episode, “The Idea of North.” In the episode, Lyra (Dafne Keen) arrives in London to assist Mrs. Coulter (Ruth Wilson), who has agreed to send her people out to look for Roger (Lewin Lloyd). In the meantime, she wants to mold Lyra and change her into someone respectable. Lyra is more interested in finding her friend.

Lyra learns that neither Mrs. Coulter nor her daemon are quite what they seem. More is revealed as the Gyptians continue to look for the Gobblers and the missing children, and it seems something much larger is at play. It’s all interconnected, and the Magisterium’s control may be even farther reaching than expected. 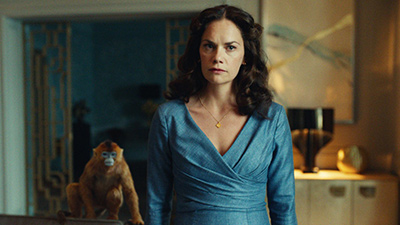 The second episode to me seemed to move along more quickly than the first, now that the basics are out of the way. The story is complex and kept me wanting to know more.

The visuals once again are stunning. Coulter’s apartment, extravagant yet cold, wonderfully fit her character. The costumes are once again impeccable, and the visual effects at the end of the episode of the portal are quite successful. The way London is juxtaposed with the world of HDM is perfectly displayed.

Both Keen and Wilson are brilliant in this episode. Keen is able to carry the show and feels very authentic in the role, from her wonderment at the Arctic Institute to her boldness in finding a way into Coulter’s study. Pan, as almost at times her inner monologue, only adds to it.

However, the standout for me in this episode is Wilson. She plays creepy so well, at the same time covering it with that imposing and charming facade, really bringing her to life. I’m sure that she still has plenty of secrets to reveal, and I would not want to cross her.

I was surprised when the episode got pretty dark; I found the scene where she had her daemon attack Lyra’s quite disturbing. Coulter had up until that point kept her anger at bay, and it was quite a thing to see it unleashed.

I also felt from the beginning that her monkey behaved a bit strange, and of course it was silent. Knowing that they can be apart from each other is quite compelling, and obviously they seem to be completely separated, as when Coulter hits the monkey, it doesn’t affect her. Whatever experiments she’s been up to, the plans for a device to separate the person from their daemon does seem extremely cruel, especially if they are their soul. Perhaps her being so horrible is a result of that.

I really enjoy the complexities of the story, and it was interesting to learn more about the Magisterium and how Coulter is working with them for nefarious purposes to collect the children. Are they kidnapping the children to experiment with separating them from their daemons? 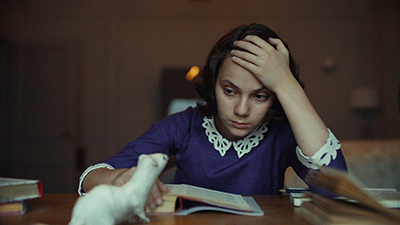 The part I’m most intrigued with, however, involves Carlo Boreal (Ariyon Bakare). He’s obviously horrible and dangerous, as he kills the journalist’s daemon without thought, but I want to know more about him. It wasn’t surprising that he was able to travel to another world, but what was surprising, is that it looked like our own. What’s his story and what is he up to? If a daemon represents a person, his snake can only mean that whatever it is, it won’t be good.

I am definitely fascinated by the layers of complexities of the story. There are so many questions moving into episode two, and of course one big one still left from the pilot. What is dust? I’m eager to learn more as the season progresses. If the first two episodes are anything to go by, whatever happens, it’s going to be exciting.
Twitter
BotonSocial por: SocialEmpresa
Category: TV Reviews & Recaps