SciFi Vision | All Reviews | Television Reviews | Advance Preview: Doctor Who - Nikola Tesla's Night of Terror is a Fun Look into the Past

Advance Preview: Doctor Who - Nikola Tesla's Night of Terror is a Fun Look into the Past

Tonight, an all-new episode of Doctor Who, “Nikola Tesla’s Night of Terror,” written by Nina Metivier and directed by Nida Manzoor airs on BBC America. Something goes wrong when Nikola Tesla (Goran Visnjic)’s generator plant on Niagara Falls is sabotaged. Could it be his rival, Thomas Edison (Robert Glenister), and did Tesla really receive a message from Mars? The Doctor (Jodie Whittaker) and her team must help uncover the threat and save Tesla - and the planet - before it’s too late. 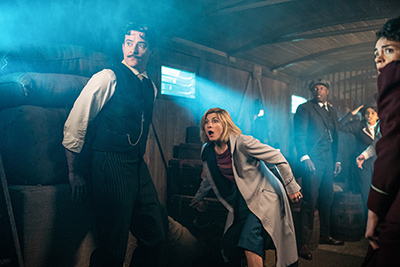 Once again the series brings a look into the past and real events and adds aliens to the mix. Tesla and Edison’s rivalry has, in my opinion, always been an interesting story, and this was a unique take wrought with twists. It also shone a light on some of his inventions that led to modern conveniences that I didn’t know about.

Visnjic is perfect in the role of the inventor, and I especially loved his scene with the Doctor, expressing joy at the possibility that someone understood him and his love of knowledge. Glenister fit his role as well and played off of Visnjic nicely.

I also was happy with the companions in this episode. Bradley Walsh, as always, had some fantastic lines, and I liked his interactions with both scientists. I enjoyed Ryan (Tosin Cole) bonding a bit with Dorothy Skerrit (Haley McGee) over how strange his life has gotten, but Yaz (Mandip Gill) probably had the most to do in the episode, and it was great to see her step up and let Tesla know they were in it together. 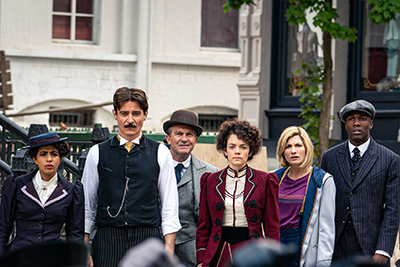 As for the alien design, I was confused, as the race quite startling resembles a threat we’ve seen before. At first I wasn’t sure it wasn’t the same character, which was a bizarre design the first time around.

The story was a good one and a lot of fun, but the threat didn’t seem as dire as it probably should have felt. I was still entertained though, and I was really pleased with the episode overall.
Twitter
BotonSocial por: SocialEmpresa
Category: TV Reviews & Recaps