SciFi Vision | All Reviews | Television Reviews | Advance Preview: Locke and Key is a Fantastical Journey Not to be Missed

Advance Preview: Locke and Key is a Fantastical Journey Not to be Missed

Friday, Netflix drops its new series Locke and Key, based on the best-selling comic book series by Joe Hill and Gabriel Rodriguez from IDW Entertainment. Carlton Cuse and Meredith Averill serve as showrunners.

The series follows three siblings, who after their father, Rendell (Bill Heck), is murdered, are moved by their mother (Darby Stanchfield) to his ancestral home, Key House, in the town of Matheson in Massachusetts. The youngest son, Bodie (Jackson Robert Scott), meets a mysterious woman on their property who tells him about magical keys which will give him unique abilities.

As he and his siblings recover the keys, they obtain various powers but are soon pursued by a demon (Laysla de Oliveira) who wants the keys for herself. 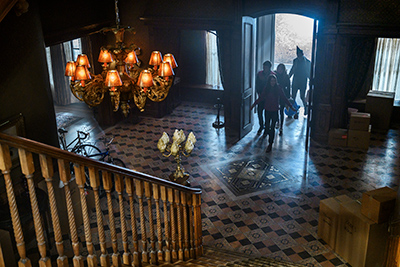 Having never read the comic series, I didn’t know what to expect going in. The story itself offers a world rich in whimsy yet grounded by the characters. The story is very enjoyable from start to finish, though I do wonder if it would have fit better as a darker show, as while this is definitely not a kid’s series, it’s a show that can be enjoyed by the family.

As much as goes into the keys and the mythology of the series, the characters themselves are fleshed out and easy to care about. The cast was well chosen, and they all mesh nicely together.

Nina, the mother, is a former alcoholic who wants a fresh start after her husband’s murder. As much as she wants to forget what happened, she also questions events of Rendell’s past. 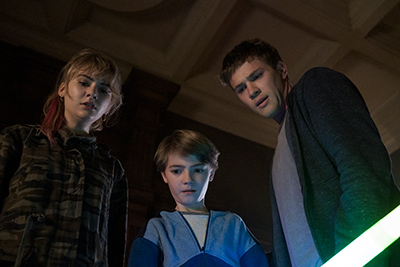 Kinsey (Emilia Jones), the middle child, is going through normal teenage drama, as she strives to be accepted at school.

The eldest, Tyler (Connor Jessup), is an athlete trying to find his place his place in the world.

There is also Rendell’s brother, Duncan (Aaron Ashmore), and Ellie Whedon (Sherri Saum), the Locke family’s neighbor who went to school with Rendell.

However, the biggest characters in a way are Key House and the keys. The visuals of both the keys and the eerie house really add credence to the story. The keys also serve not only as magical items for a fantasy but are also used and misused by the children trying to solve their life problems. Finding out whether the results will be good or bad is part of the fun. 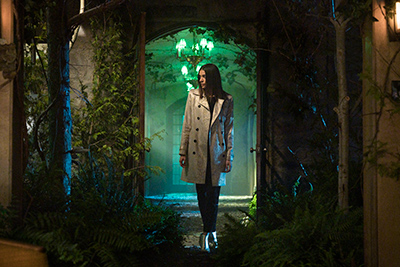 I really loved all of the episodes of the series. Each one left me wanting to know more and also wanting to read the source material. Overall, Locke and Key offers both great character stories as well as an enjoyable adventure. It’s quite entertaining and a fantastical journey that can be enjoyed by all ages.
Twitter
BotonSocial por: SocialEmpresa
Category: TV Reviews & Recaps