Vic and Manx Go Head to Head in Season Two of NOS4A2, Premiering 6/21 on AMC

Based on the novel of the same name by Joe Hill, NOS4A2 returns to AMC June 21 with all new episodes. The series follows Vic McQueen, played by Ashleigh Cummings, a young woman with the supernatural ability to travel anywhere and find lost things.

In the first season, when immortal Charlie Manx (Zachary Quinto), who steals children’s souls, lures a child into his Rolls-Royce Wraith to take him to Christmasland, a magical place where everyday is the holiday, Vic uses her abilities to go after him and the other kidnapped children.

Eventually, Vic kills Manx by lighting the Wraith, which keeps him alive, on fire. She is saved by Lou Carmody (Jonathan Langdon), who takes her to the hospital where she finds out she is pregnant. 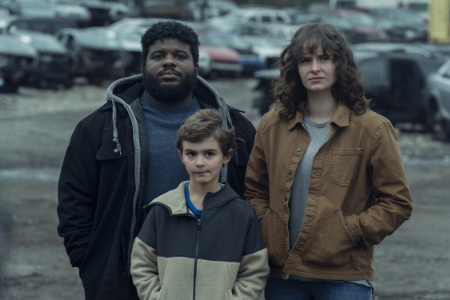 Season two of the series picks up eight years after the events of the season finale. Vic now lives with Lou and her eight-year-old son, Wayne (Jason David). Even with the stability of Lou as a father figure for her son, things are still in turmoil as Vic seems to be walking in her parents footsteps as a mother. She struggles to take care of her son while paranoia is always her close friend. When she hears about Manx’s death on the news, she fears something is wrong and is hell-bent on making sure he’s gone and is not coming back.

Her relationships with Lou and Wayne only becomes more strained, and even Maggie (Jahkara Smith), who can tell the future via Scrabble tiles, seems to have moved on.

When the Wraith is restored by Bing Partridge (Ólafur Darri Ólafsson), Manx returns and swears vengeance on Vic. It isn’t long before he discovers she has a son. Using their strained relationship, Manx tries to get Wayne on his side and lure him to Christmasland. Vic tried to take his children from him, so now he will take her son. As they once again come at each other head on, can Vic convince everyone he’s back and save her son’s soul and kill Manx for good before it’s too late?

The first five episodes that I was given to review follow Vic as she tries to keep her family together and safe while she goes up against Manx and Bing.

Having a time jump before the new season, I wasn’t sure how I would feel or if it would work for me, but the show kept my attention from the start. 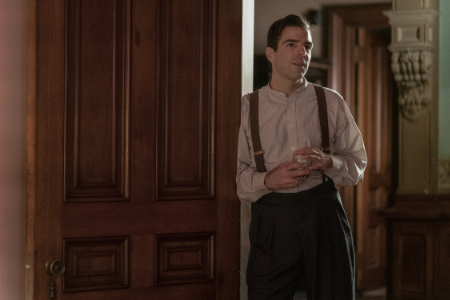 Though the first episode focuses solely on Vic and her struggles, her character remains the most interesting, and it was nice to get a good look at how she has still been affected by what happened over the past eight years. She drinks to deal and can’t move on.

If the first is Vic’s episode, the second definitely belongs to Charlie Manx. Although his character still suffers some flaws, they’ve done a better job this season of fleshing out Manx. I really enjoyed getting a look into how he became who he is.

As the series moves on, the action and excitement (and violence) increases. I enjoyed the scripts and was kept on the edge of my seat.

The acting as last season was spot on, the show well cast.

If the beginning of season two is anything to go by, it’s going to be a wild ride. I’m really looking forward to seeing what’s in store for Vic and her family and what her next step is on her journey.
Twitter
BotonSocial por: SocialEmpresa
Category: TV Reviews & Recaps