In the latest episode of Shadowhunters to air on Freeform, entitled “Fair Folk”, when Jace, played by Dominic Sherwood, Clary (Katherine McNamara), and Simon (Alberto Rosende) meet with the Seelie Queen (Lola Flanery), she forces Clary to make a decision to save her friends, who she has trapped in vines. She tells Clary that she must kiss the one she desired most for them to be released, knowing that it’s Jace, rather than her boyfriend Simon.

Recently Sherwood talked to SciFi Vision in an exclusive interview about the episode, including the fallout from the kiss, working with Will Tudor as Sebastian, playing piano for the show, Jace’s relationship with Maia (Alisha Wainwright), and more, as well as what’s to come in the next episode.

SCIFI VISION: In the last episode that we saw, you played the piano. Was that really you? Did you learn for the show or did you already play. 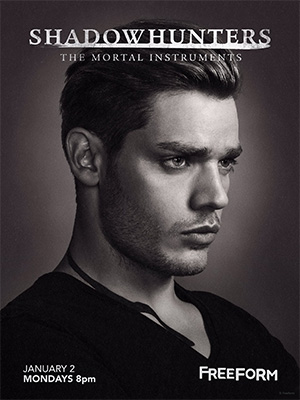 DOMINIC SHERWOOD: Every time I do a new season or a new job or whatever, I try and learn something new whilst I’m working, so I have something to occupy my mind during my downtime, and one of those things this season is to play the piano. That being said, they sent me the sheet music the day of. I was in the hair and makeup trailer, and they brought it to me, and I was like, “Oh, well, no, I can’t do that.” They were like, “It’s cool; we have a pianist and a hand double and stuff.” So, between the two of us, I worked with him as much as I could and played as much as I could. Chopin is not super easy, so there were times when I was like, “Hey bud, you’re going to have to take over here. I just can’t get it.”

But I’m keeping up with my piano, because it is such a big part of who Jace is, and this kind of catharsism he finds through playing piano, I’m hoping we see it again.

Obviously, the big thing about the episode was the whole Seelie thing, and the queen forcing Clary to admit her desire for Jace. Can you talk about the aftermath of that and how their relationship is going to be altered? Are they going to jump right back in? Is she going to be worried about Simon?

Totally, as you or I would. Even if it were to be immediately discovered that she didn’t love Simon the way Simon loves her – and I’m not saying that is what happens - but even if that was the case, this is still her best friend, and Clary is such a compassionate person. She doesn’t want people to be hurt because of her, and especially because through a lot of her very short Shadowhunter career, that has been the case. People are constantly getting hurt or killed because of her. The last thing she wants is for that to happen to Simon, so it’s not going to be as black and white as “Oh, we kissed, so let’s be together now.” It’s not going to be as simple as that. 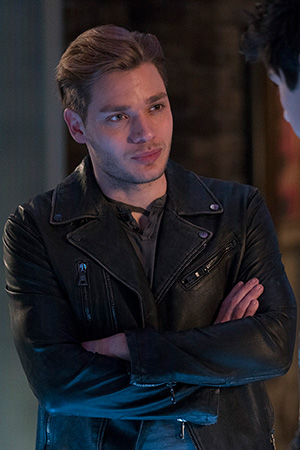 And also, Jace has been given this avenue to explore all of a sudden. He was, as we have seen, very respectful, like “I don’t want to ruin things between Clary and Simon. She’s happy; I don’t want to get in the way of that in any way.”

And then this passionate accumulation of feelings happened, and he has this opportunity to be like, “Actually, she does feel something for me, because I felt it in that moment. I know she does.” Superfluous of the Seelie Queen saying it was the kiss she most desired and all that, that to me, when we were filming, the lines themselves didn’t really matter. It was just that passion between Clary and Jace. It was the feeling. It had nothing to do with the Seelie Queen’s tricks or whatever; it was just that moment between the two of them where everything else faded away, and it was just them, raw, and their emotions were laid bare for the world.

Jace had started getting along a lot better with Simon. Can you talk about how it’s going to affect them?

I’ve actually spoken about it a bunch of times, but as a side point. You’re the first person to actually bring it up, which I like.

They act like they hate each other, Simon and Jace. They have compassion and they have emotion for one another, especially after this physical connecting of the whole Daylighter thing. That’s a secret that just the two of them share. They haven’t really explored it properly, but there is this kind of unspoken bond between Simon and Jace and this tension because of Clary. If Clary wasn’t in the picture, Simon and Jace would be best buds, for sure. Or maybe even lovers, I don’t know. [laughs] But I won’t go that far, because they haven’t written it in the scripts, because Clary is in the picture. But if she was away, in all seriousness, they are both passionate; they both will live and die for the ones they care about, the ones they love. They are family oriented; they’re strong and loving, and they are actually very, very similar characters in many ways. This relationship is obviously going to be put through its paces, but I would like to think that Simon and Jace will come out the other end of it. 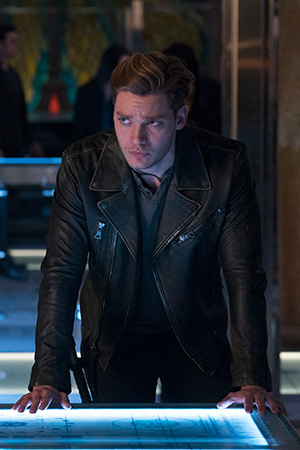 So where does Maia fit into this? Were you surprised they came together? Because it’s not in the book.

We were. Todd [Slavkin] and Darren [Swimmer] and I discussed it. This whole Jace/Maia thing came from the chemistry Alisha and I had the first couple of times we worked together. It wasn’t really in the script, this kind of flirty relationship. Even the first time Jace walks into the Hunter’s Moon, and he’s wet, and he’s about to get the shit kicked out of him, this kind of relationship between Jace and Maia is something that just organically happened on set. It’s the way those scenes unfolded, and Todd and Darren saw that as something to explore. And I absolutely don’t disagree with them. I think if you find something like that that is organic and is real in that moment, it is absolutely something that should be explored.

And I’m glad we did, but with Jace and Maia, that’s not moving any further except maybe as the briefest of obstacles in Jace’s future love life.

When we spoke in February, Will Tudor, who you have known for quite a while, had been announced as Sebastian, but you couldn’t say much, because you hadn’t really filmed with him all that much. So can you talk about the characters’ relationship and also working with your friend?

Look, Will is such as wonderful addition to our show. He’s such a talented actor; he really ups all of our games when we work with him. We’re going to see it more and more, but we’ve kind of just got the taste of this creepy, duplicitous character that he’s putting forward, and he’s so good at it. It’s a real pleasure to have him on set. He’s a true professional who portrays [his character] in a very honest and soul baring way. 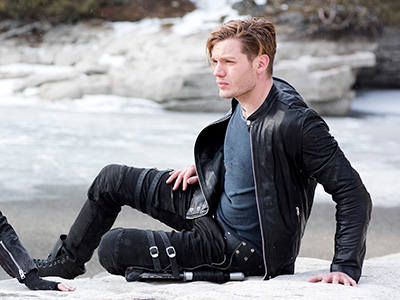 So more and more, Jace and Sebastian obviously have more interactions. And the book fans know what their relationship is and what it will become in the future, and during season two we are going to get a couple tastes of that. And it gets pretty brutal at times.

We haven’t been told yet, but my theory is, that we’re going to see a lot of those two together in one form or another in season three. That’s just me speculating, but that’s what I think is in kind of in our futures.

You hinted at something in our last interview. You mentioned Jace and Alec (Matthew Daddario) and their bond, and how he is going to lean on Alec, because he’s going to be really emotional coming up. Is there anything else you can tell me about that? Is it dealing with what happened in the last episode with the kiss, or before that, or were you talking about something coming up? Is there more coming?

Well, we‘ve seen some of it. In that episode, where Alec came up to find Jace, and he’s on the rooftop, and Jace is kind of just broken. We’re seeing the innate ability between Jace and Alec to just completely rely on each other. No words necessarily need to be spoken, just that embrace of your best friend or your soul mate. That contact of someone saying, “I’m here; I will look after you.” 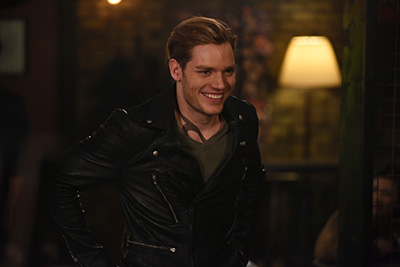 And especially for Jace, who has been that person, he’s been the caretaker of emotions throughout the season. He will sacrifice himself to make sure the ones he loves are safe and happy and not in any form of danger. So for him, it’s really important that he has that person to rely on when the tables turn, and Jace is the one who needs that help. It doesn’t happen very often, and when it does, as we saw, it’s a complete breakdown. He turns back into this ten-year-old boy, who has just lost his parents. He’s alone, and he has nowhere to turn, and as if by magic, Alec’s there. And I think that’s really important, and to me, the power of our relationship is one of the more beautiful relationships in the show, because it is not about physical attraction or love or a conventional relationship in any way, it’s much closer to soul mates.

Can you tease a bit about the next episode?

Yeah. Just keep your eyes on Alberto. Because in the next episode, he’s so damn good; he’s so damn good, and it’s a real pleasure to watch him. He’s obviously a rollercoaster of emotions on his way, and he makes some choices that maybe aren’t necessarily the best choices in the world. 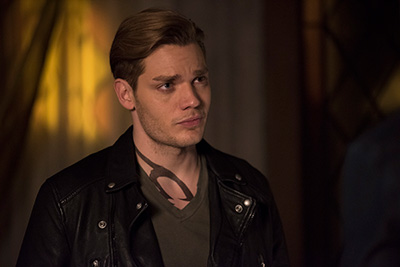 But just keep your eyes on him, because he is so good, and this is an episode that’s very heavy on Simon, and we get to explore more of Alberto’s God-given ability.

Be sure to catch an all-new episode of Shadowhunters Monday on Freeform.
Twitter
BotonSocial por: SocialEmpresa
Category: Interviews