Tonight, AMC premieres an all-new second season of its series, NOS4A2. The series, which is based on the novel by Joe Hill, follows Vic McQueen (Ashleigh Cummings), who has the supernatural ability to go anywhere and find lost things. In season one, she used her abilities to go after Charlie Manx, played by Zachary Quinto, who kidnaps children and steals their souls. She eventually succeeded in defeating him by lighting his Rolls-Royce Wraith on fire, which was keeping him alive, leaving Manx in a coma. She also discovered that she was pregnant.

When Manx dies, Vic fears that he may not really be gone, though everyone thinks she’s paranoid. Her fears come to pass when Bing Partridge (Ólafur Darri Ólafsson) restores the Wraith, bringing him back. Manx swears revenge on Vic by going after that which she holds dear, her son. The two go head to head in a race for Wayne’s Soul. 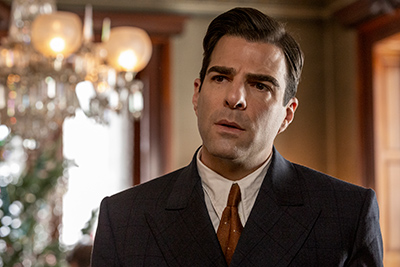 Star Quinto recently talked to SciFi Vision in an exclusive interview about working on the series, getting into character, and more.

SCIFIVISION: So, I'm curious, other than the script or the book - I’m assuming you've read the book, but other than either of those, is there anywhere else you kind of took inspiration from when creating your version of Manx? Like is there any other person or character or anything you thought about when putting him together?

ZACHARY QUINTO: It really was the script and the book. I mean, the book I did certainly read, and there's also a graphic novel that Joe Hill wrote called The Wraith, which is all about Manx’s relationship with the car. So, those two books really became my kind of bibles as I was creating the character and making the decisions that would shape him physically and vocally and otherwise in all the departments: hair, makeup, costumes, and stuff. We all sort of started from that place.

Then, Jamie O'Brien, our showrunner, is amazing and really talented and was incredibly collaborative and supportive in that whole process.

So, I really focused mostly on the source material, which is, you know, Joe Hill's really vivid and exceptional imagination. That's how it really started.

Jumping off of that, talking about the physical part of the character, can you talk about the makeup process and the costumes and all that a bit, just kind of getting into the character in that sense, physically?

Sure, I mean, Manx is kind of a man out of time. I think he exists from a completely different era, and I think that we wanted to really capture that in a lot of ways, whether he's old or young. You know, he kind of exists as this almost Dickensian figure, and so that's reflected in the costumes. 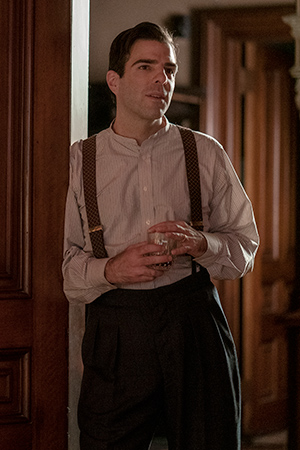 We were so lucky to have Joel Harlow, who's just a master of special effects makeup, come in and lead the design on all of that, and he brought along with him his associates Richie Alonzo and Jules Holdren, who did all the wigs on the show. So, I worked with an incredible hair and makeup team to create and execute the vision that we all felt for Manx.

We ended up designing five phases of aging, right from the one that is closest to me in my life, the youngest version of Manx, to the oldest one, which was like a four-hour makeup process. And then there were three looks in between that we would identify in each script, which age he was at, and then we would be able to kind of go into production and know that we needed that much time to do the hair and makeup in those instances.

It was a pretty smooth process. I have to say, just in terms of execution, working with the best of the best doesn't hurt

No, it doesn’t. It looks really good.

Or a lot of the characters you’ve played for that matter. So, how did you kind of connect - what part of him did you connect with when getting into that headspace?

You know, for me, I think whenever you're playing a villain, it's really important to understand why they are the way they are. And with Manx, in the book a little bit, but certainly in the graphic novel, there's a tremendous amount of trauma that he undergoes as a child and as a young man, trying to create a life for himself and his family. So, I certainly focused on that a lot in terms of the information about it that comes from the book and the graphic novel.

Then, in addition to that, in season two, we actually get to explore that within the show and for the audience, which I think is going to be really exciting for them to kind of see those stories and get some more perspective. I think it will probably elicit some sense of, if not compassion, then at least understanding for why Manx is who he is. 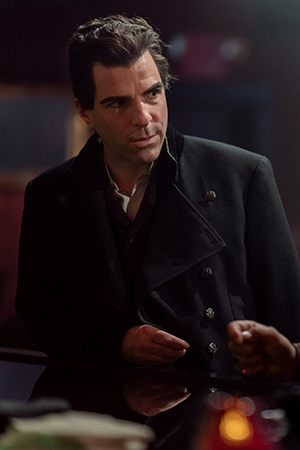 Can you talk a little bit about how Manx acts towards Vic this season? Things are a bit darker and more violent.

Sure. I mean, you know, Manx is essentially dead when we meet him in episode one of season two, and through a series of both intentional and coincidental events, he comes back to life, and obviously he's pissed. It's been eight years since season one, and a lot has changed for Vic. She now has a son and a partner, and Manx has essentially been in a coma for the entire time, and then he dies and has an autopsy performed on him. So, he comes back to life and has to staple shut his own chest. So, things aren’t off to a good start for him at the beginning of season two [laughs], and I think there's only one person who he holds responsible for that, and it's Vic McQueen.

So, we get right into the action of him going after her. He finds out that she has a kid, and then obviously that's appealing to him in its own right, because he has a lot of judgment and disdain for McQueen as a person and as a mother. So, he feels like he can intervene in Wayne's life and bring him to Christmasland and help him get away from the negative influence of his mother.

So, a lot of that factors into the show as well. And then a lot happens; it's a real ride and a roller coaster for sure.

That one scene was a bit more violent than I expected.

Yeah, there's definitely some really dark stuff in there this season, but, you know, it also is all in line with the book. It really does come from the world that Joe created, so I think we wanted to be true to that as much as we could.

Can you talk a bit about working with Ashley this season?

I just love Ashley. She's just so fantastic; her spirit is so positive; her energy is so thoughtful, and I just really love her work. She's just easy to work with and really committed and really sensitive and funny and sweet. I just can't say enough good things about her.

I really enjoy the experience, the whole cast and crew of the show. It's really comprised of people who are enormously talented and really committed and really want to show up with a good attitude and a good energy.

It's hard enough to make TV and film. I'm always of the mind that nobody needs to bring anything other than a positive attitude to the experience, because it'll make everything go much more smoothly when, invariably, we're going to be working around challenges and obstacles throughout the experience.

So, I think that's been very true of our cast and our crew and, you know, led by Ashley. Yeah, it's really lovely. 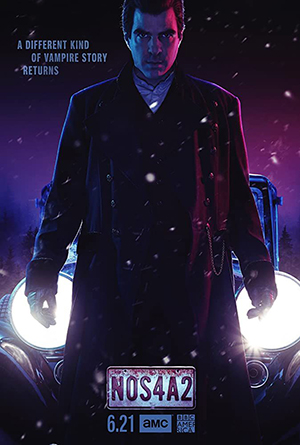 Is there anyone in particular that if you hopefully get another season you'd like to have more scenes with?

I just love working with Darri. I mean, I already have a lot of scenes with him, but I’d love more, just because I really just love him. He's just such a great guy, great actor, great energy, funny, like always shows up in a good mood. I just really admire him a lot, and we get along really well. So, I would say, “Darri.”

I know in other interviews you've said before that you're drawn to complicated characters. Can you talk a bit about what kind of defines that for you? Like when you pick a role, are you looking for something in particular, or is it just if the role speaks to you?

I think complexity is kind of a real appeal for me. I like to play characters that are multi-dimensional, where there’s more than meets the eye, and they have an inner life that what it's full of, you know, can change. But I like a rich kind of inner life. I think I just tend to gravitate toward characters who have a lot going on internally, and then that expresses itself outwardly in different ways. But there's a lot at the source, and I really, I really appreciate that. And that's certainly true for Manx.
Twitter
BotonSocial por: SocialEmpresa
Category: Interviews