Tonight, AMC aired an all-new episode of its hit horror series, NOS4A2, called “The Hourglass.” In the episode we get to see more of the mysterious Jonathan ‘The Hourglass’ Beckett, played by Paul Schneider, when Maggie (Jahkara Smith) goes to meet him. Beckett has the powerful ability of being able to control people’s actions while there is sand left in his hourglass.

Not realizing who Maggie is or what she’s after, Beckett lets her in on a secret: you can stop your ability from having negative side effects, such as him losing his memory, if you hurt yourself or someone else. Of course, Beckett’s choice is now always to hurt someone else, and he plans to kill her. Maggie, however, is able to get the upper hand, stabs him in the stomach, and steps on his hourglass, destroying it.

Schneider recently talked to SciFi Vision in an exclusive interview about his work on the show and what’s next for him.

SCIFI VISION:  Can you start out talking about how you got the role? Was it just a regular audition or - 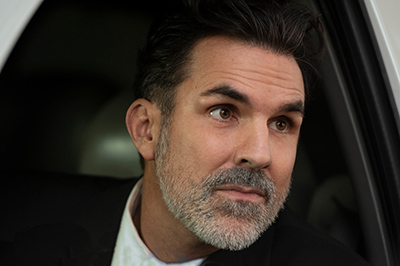 PAUL SCHNEIDER: No, my friend Craig Macneill was directing two episodes, and we worked together on Channel Zero. So, he called me up and he asked me, and I said yes.

Is there anywhere other than the book or the script that you took inspiration from when you were creating the character?

I was just sort of working with what's written on the page. I mean, to me, the costume was a lot. To me, he just kind of seemed like a really self-centered guy who was, you know, kind of very concerned with his appearance, and that's always fun to play.

And I think I might have rewatched Diehard a few times, because I'm really a fan of Alan Rickman in Diehard as Hans Gruber. So, I may have watched that a few times.

Yeah, now that you say that, I can definitely see it.

I don't know if they would have mentioned anything about this to you, but also just your own opinion about it, but do you see maybe in the future some of the other characters other than Maggie using his pain techniques or maybe even hurting others in order to not have the negative effects of their abilities?

I mean, I guess it would depend on where they want to go with the story. I definitely liked the fact that there's a price to pay to have these things, but sure. 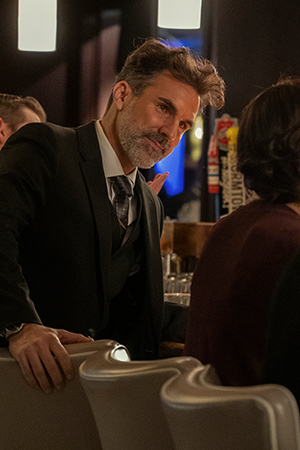 Can you talk about working with Jahkara in your second episode?

That was great. I really enjoyed the fact that the scenes were kind of long at the bar. It's always good to have some long scenes that you can kind of feel a bit of ebb and flow with. And then it's always fun to do the stunts that we did upstairs in the hotel. All that takes a good partner, and I'm glad I had one.

That leads into my next question. Can you talk a bit about kind of just the choreography and the whole stunt aspect of your last scene, when the two of you are fighting?

Well, you know, basically you're kind of working with the stunt coordinator and the director trying to get as dangerous as you can, as safely as you can.

Do you enjoy that kind of thing?

I mean, yeah, I like the fact that it’s technical, and I like the fact that it’s sort of balletic, and I like working with stunt coordinators. And I mean, everybody really says they like to do their own stunts all the time, and that's fine, and I'm happy to do what I need to do, but I'm very happy to let stunts get done by professional stunt people, and we got to do plenty of fun stuff on that. But I like when the really technical side of acting comes out, because I studied editing in film school far before I started acting, so in some ways, I'm more comfortable behind the camera than I am in front of it.

So, it looks like obviously from the end of your scene that you may not come back, but you never know. And obviously Manx (Zachary Quinto) has come back from quite a lot, so there’s that. [laughs] But do you think there's a possibility that your character could come back? And if so, how do you see that happening? Just in your own opinion?

That's true and a good point. Also in this show you never know anyway.

For sure. I mean, even if he is dead, dead, there's a chance I could come back. But, you know, that's all based on what direction they want to go. 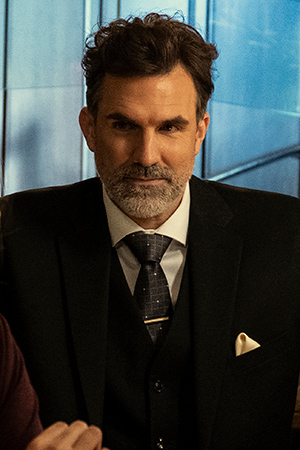 I wouldn't say a challenge. It's all very interesting. I mean, it's a challenge [in that] you're always scared that you're going to forget your lines and suck on TV. So, that's always a challenge. But no, like when I went in and met our costume director, Sonu [Mishra], I was happy when when my character had this great suit. And lot of the times, in a lot of the characters that I've played, whether it's in Bright Star or The Assassination of Jesse James, when you've got a great, great costume that is much different than any of the clothes that you wear in normal life, it becomes less challenging. In a way, there's a certain kind of unconscious autopilot that turns on when you've got great clothes and a good script. A lot of it is just showing up and, you know, standing in the right place and saying the lines.

If your character was real, and you really had this power in your own life - hopefully you wouldn't need to kill people [laughs] but, you know, just in general, if you had this kind of power to be able to control people, what would be one of the first things you'd want to do, if you could?

If I could control people what would I want to do? I don't know, I always wanted to be a much better drummer when I was a kid, so, maybe I could force someone to give me free drum lessons. I don't know. I'm not sure. 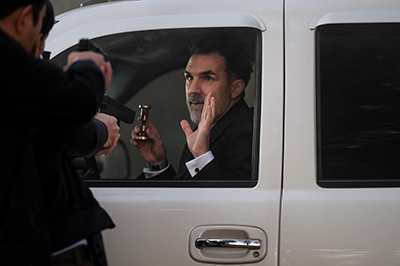 Can you describe your character in three words?

Okay. So, I know it's kind of hard with the virus with everything going on, but do you have any other projects that you're working on at all or looking forward to or anything like that?

There's a film called The Sound of Philadelphia. I don't know, whatever iteration came of the Tribeca Film Festival; I'm not sure if it’s sort of been online or something, but that is meant to come out at some point. I'm not sure of the distribution - you know, going on with COVID, nobody really knows what's going on right now. But you know, there're always projects kind of bubbling around, that aren't real enough to talk about. Recently I've just been focused more on writing with a writing partner. So, that's what I've been doing with my COVID time.
Twitter
BotonSocial por: SocialEmpresa
Category: Interviews