On Thursday, the all-new series Raised by Wolves comes to HBO Max. The series follows two androids, Mother (Amanda Collin) and Father (Abubakar Salim), who are sent to a virgin planet to raise human children. When the humans, led by Marcus (Travis Fimmel), arrive wanting to colonize the planet, they jeopardize the family.

Collin and Salim recently talked to Jamie Ruby of SciFi Vision about the series and their characters’ motivations.

Be sure to check out the transcript following the video. 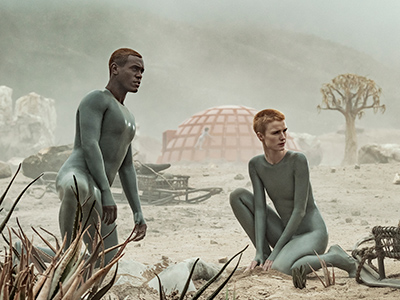 AMANDA COLLIN:   I think it wasn't hard. It's obviously fun to go these places. 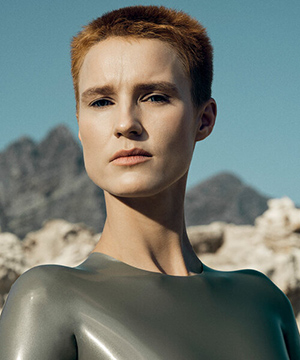 I think for Mother, it comes from a belief that she's doing the right thing, and I looked not towards humans who do that, but I looked in the animal kingdom, for instance. I mean, animals kill all the time to provide nutrients for their children. So, in that sense, it justifies what Mother does.

At the same time, she is so young in her evolution; like she is born as an android in the very first scene, so when this happens, she's not that old. She's like a teenager. We talked a lot about that, Abu and I and Ridley (Scott), and Aaron (Guzikowski) as well. It’s like they're teenagers at this stage trying to raise a family, so they're just as torn and emotional about everything that's going on in the world, really - in their world.

Abu, Mother tells Father at one point that his emotions are not a good thing, but that's not necessarily true. Can you talk about how that kind of helps or hinders with the children? 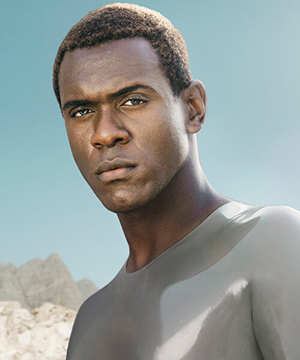 ABUBAKAR SALIM:   Yeah, I mean, I think you need to be empathetic to know how to connect to a human being. I think the emotions are something that every human has, and it's something that is needed in order to sort of connect and work and build together. So, it's like that battle of, do you let your emotions run and rule you and sort of act on impulses, or do you really think pragmatically and really kind of go about it in the opposite way?

But I do think that with Father it's a bit more than that. I think the fact that he does begin feeling sort of aids the choices he makes and how he deals with Mother and deals with the children as well.
Twitter
BotonSocial por: SocialEmpresa
Category: Interviews