Tomorrow Hulu premieres it’s new supernatural series, Helstrom, based on the Marvel comic book characters Daimon and Santana Helstrom. The series follows brother and sister Daimon (Tom Austen) and Ana (Sydney Lemmon) Helstrom, who grew up with a serial killer for a father. Using their special abilities, they track down the worst that humanity has to offer.

The series also stars Ariana Guerra as Gabriella Rosetti, a nun from the Vatican who helps Daimon in disposing of demons, and Alain Uy as Chris Yen, Ana’s friend and business parter at the auction house.

Guerra and Uy recently talked to SciFi Vision at a junket for Helstrom about working on the series.

Be sure to check out the series tomorrow on Hulu, and you can read the full transcript of the interview following the video. 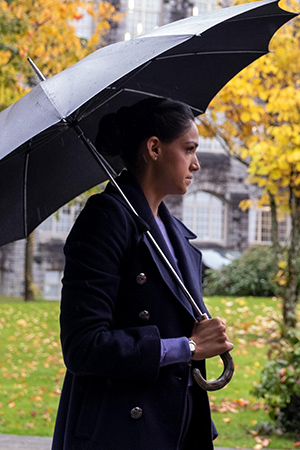 SCIFI VISION:  Hi guys. Thank you for talking to me; I appreciate it. I watched them all, well, all five [episodes] yesterday. I really, really liked it. [laughs]

It’s the first time in awhile I haven't minded watching that many back to back to back with the screeners. I really, really liked it.

ALAIN UY:   I love hearing that. That's great. And you made it through? Like you're not scared or having nightmares or anything?

Yeah, I want to see the other five though. I have to wait for them to send it.

So, can you guys first talk about how you got involved in the show? And did you know about the comics to begin with?

ARIANA GUERRA:   I got involved the way other starving actors do. We go on a lot of auditions, and then we have callbacks, and then we have to test. So, it's a very long process. I was not asked to do this role. I was given a script. I didn't even see the script, I think, until we landed in Vancouver. Yeah, so it was great. We had an incredible casting director. And, you know, I had worked with Paul on Ghost Rider. I had auditioned for that one, actually, and I think that's why I was being considered for this role. But yeah, I was not in on anything. It wasn't until I booked it that I was like, “Wow, this script is amazing.”

Then, what was the other question?

Oh, I just wondered if you guys knew about the comics before you started working on the show.

ARIANA GUERRA:  Honestly, no. Growing up - I'm a Latina; there were no Latino superheroes. It was all white guys. I just wasn't that into Marvel growing up. Honestly, it wasn't until Black Panther that I was like, “This is like not only a cult, but it's life changing. It can be revolutionary for a lot of people.” Now, being able to work on it, even for a TV show, and with the diverse cast that we have, I mean, yeah, it's such an honor and a privilege to be able to work with them.

ALAIN UY:   The casting process, for me, was pretty straightforward. Like Ariana said, it was an audition process. I actually wasn't even going to submit myself, because I was wrapped up doing an indie film in Seattle, and I missed the deadline by, I think, a day or two. I was like, “Okay, that's not happening,” but thankfully, my manager was like, “I think this is great for you. You’ve got to do it; you’ve got to do it.” I remember wrapping a sixteen hour day - well, it wasn't that crazy; it was like a twelve hour day, but I was tired and I just put it on tape and just put it to bed and went to bed. 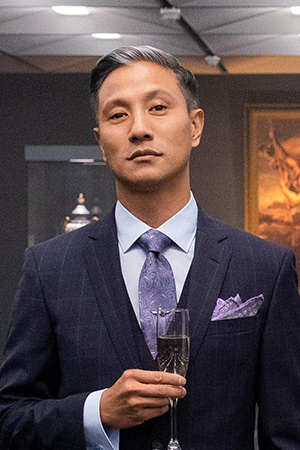 Then, the next day, they they wanted to see me.

So, the process was rather quick, for me. I self taped, and then within a week, I got the test, and then a week after that, they said, “Welcome to Marvel,” and that's the story.

As far as comic books go, I grew up - my brother indoctrinated me into the comic book fandom, and he’s a huge X-Factor, X-Men, Punisher, Daredevil [fan], everything that you could think of he he was into. So, he was a good resource to have for this show. I was, “Hey, do you know who Helstrom is? Tell me everything about this person.” So, yeah, that was my foray into the casting process of the show.

Are we going to see any other Marvel characters maybe through out the rest of the season? Or can you not even tell me? I mean, characters people know, obviously, that they will recognize.

So, whether or not that comes to fruition, really depends on the fans. I mean, it becomes one of those things where, you know, we want people to watch this, and we want to be wanted to be watched, so that we can explore whatever other avenues that the Helstroms would encounter. So, the hope is there, but I don't know. We don't know. We don't know for sure.

ARIANA GUERRA:   I think season one is really just establishing the world and the characters and then the backstory of characters that you're just meeting for the first time. So, I think it's TBD. We'll find out.

Then, I have a question for each of you, separate. First of all, Alain, for you, obviously [your character] knows what Ana is up to, since he's kind of helping her out, but does he know about her past or who her father is, that kind of thing? Or is he going to find it out?

ALAIN UY:   Yeah, I think Chris understands that there is a darker past that Ana has not told him. Obviously, you know, growing up with Ana, he has witnessed a lot of the supernatural abilities that she has, and we've created, in some ways, a checklist, if you will, of things that we would like to accomplish with her powers, so to speak. But as far as her past and what transpired before I met her in the foster care system, she has not privied me to that information, although I have inclinations as to what that might be. I am aware of who Daimon is. I'm aware of certain aspects that she has allowed me to be a part of. 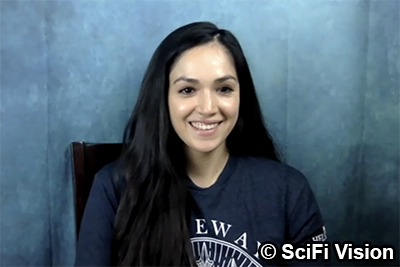 At the end of the day, Ana is a very close person, and we do have a really close relationship, but that in some ways tells you how much she has suppressed a lot of the stuff that she experienced. As we dive into the series, you get to kind of unpack a lot of that stuff.

I'm sure some of it obviously comes to affect him later, let’s just say. [laughs]

So, Ariana, without spoiling it, obviously, there're certain things that Gabriella doesn't agree with, maybe the way people who are possessed are handled, but she finds out later on that maybe Daimon’s way isn't so great for the victims either. So, can you kind of talk about, is she going to have to, I don't know, work to find a way to accept it, or she going to kind of keep pushing to find her own way maybe in the end?

ARIANA GUERRA:  Yeah, I mean, I think that really is a struggle that Gabriella is constantly faced with, her ideology and what she believes in, and then there's different approaches to the same goal. Everyone wants to try to eliminate as much evil in the world as they can, and they do it in different ways, sacrificing different things. I think for that reason, just having that exposure to just different people and approaches, I would say, definitely makes her have to reconsider what she was taught and kind of grow and have this like maturation of her own personal beliefs.

Okay, and if I can get it in really quick, can you talk a bit about working with Sydney, the two of you?

ARIANA GUERRA:   It’s so much fun. I mean, I didn't get to play with her as much, but every time that I did, it was like - Gabriella and Ana are very different. So, it's always this very fun, playful back and forth, just like constant banter, which I thought was really great brevity for a very dark show. 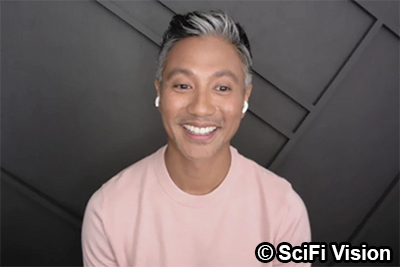 ALAIN UY:   I think Sydney was the first person I met in Vancouver. We hadn't met everybody. I think we all met each other at the same time, but she was the first person I met, then I met Beth [Marvel], but we had an immediate rapport. She comes from a really strong pedigree of the craft, and so I had a ton of questions for her. I always have admired people who come from theater, who come from that sort of school of thought and school of, you know, developing characters and everything else. So, it was great.

It was really interesting to work with her, because of how she approached certain things. When you go on set, at least for me, I always want to glean as much as I can from the other actors. So, if I'm working with someone like Beth, who I didn't really get a chance to work with so much, but I would always pull her to the side and be like, “Hey, how did you do that? How did you accomplish that?”

It was like this really effortless way in which she approached her character that I really enjoyed, and she was gracious enough for me to be part of that world when she was creating the character in the beginning. So, it was fun. It was a lot of fun.
Twitter
BotonSocial por: SocialEmpresa
Category: Interviews