Recently, in preparation of the premiere, Kane, Riesgraf, and Shannon talked to Jamie Ruby of SciFi Vision in an exclusive interview about the new season.

Be sure to check out the transcript following the video interview. 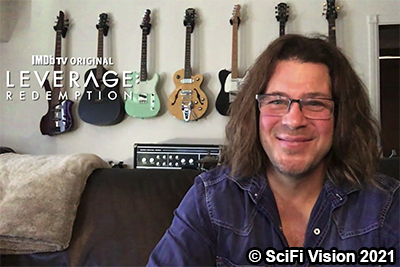 SCIFI VISION:   Hi, guys, thanks so much for talking to me today. I really loved these episodes coming back. It's just like the old show. So, I'm really excited to do this.

First, for Christian and Beth, since you're coming back, were you surprised to get the call to come back, or did you kind of always figure this was going to happen?

CHRISTIAN KANE:   I don't want to speak for Beth, but I think I'll try to here. I think, deep down in our hearts, we knew something could possibly happen. You know, we never really got to say goodbye with these characters, because we kind of thought in our hearts we were going to come back for the sixth season then. So, we always had it in our minds; we definitely hoped, but I think we also had it in our hearts that it would come back.

And I was working pretty closely with Dean Devlin, our executive producer and creator of the show at the time, and every once in a while I'd get a hint. He’d drop me a little line or drop me a hint that it could quite possibly come back. So, I was watching it unfold. So, you know, I didn't get on the roller coaster like Beth; I stood in line for a while to wait for the ride. But when it came back, when it was actually to full fruition, I was just so happy. It was ridiculous. I think I knew before anyone, because I was actually in the Philippines at the time with Dean, and he told me, and I just I lost my mind, man. I knew it was coming, and I still lost my mind. So, I can't imagine, with the love of these characters that we had, how Beth felt. 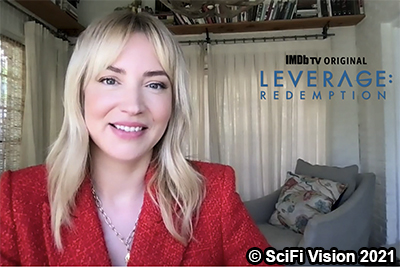 SCIFI VISION:   What about you, Beth?

BETH RIESGRAF:   Heck yeah, I mean, the the bottom line is we all wished and hoped it was going to come back from the moment it ended…I mean, the engine that is our fan base just never stopped. It's even stronger and bigger and fuller than ever and the reason we're here.

And it's been it's been so exciting and thrilling for me, personally, to [reconnect with this] character who doesn't fit boxes…without the pressure of, you know, being a conservative woman or any of that stuff; it all goes out the window.

And with this show, we get to improv. We get to play the heart of a moment, the action of a moment. It's physical; it's emotional; it's funny. The fact that people missed that enough to fight for it, to root for it, and, really, their voices were heard. I mean, it's amazing that you're playing a character or a group of characters that are so beloved. I mean, it was a dream come true.

Aleyse, what was it like joining this cast that already has been working together for so long? 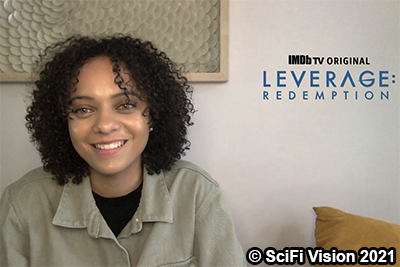 But, I mean, I got to binge watch this show before I came down to New Orleans, and I couldn't have been more thrilled. I was like, “What?! I hope I measure up to the funny shennanigry that is going on in this series.”

And they were just so welcoming. And I was excited, because we were in the middle of a pandemic, and I got to do some fun stuff. So, it was really sweet.

BETH RIESGRAF:   I did, yeah, and, in fact, before I knew it was picked up again, I started watching it. You know, people in my family, we all started watching it again. It was like reliving a really great chapter in your life, and all the memories came flooding back. 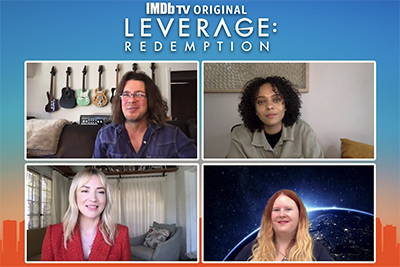 And my son, who was three when I first started Leverage, when we first did the pilot, now he's seventeen. So, he has all these memories of being in the prop truck and riding the golf cart and Christian teaching him how to throw a fight or toss a knife - safely. Like, these are his family members, and Aleyse and Noah coming in, it's just like our family grew in the most beautiful way.

But, yes, I did watch. I gave you a long answer, but I did rewatch a lot of the episodes.

SCIFI VISION:   Did you Christian at all?

CHRISTIAN KANE:   I did. Actually, I met someone who had never seen the show before, and so we had kind of watched them all. They wanted to watch it, and so we watched them all together, and it was not because I was preparing; it was just because I missed the show. I don't think I would have done it myself, because there're so many episodes, but when when you're trying to introduce it to someone - And I found myself talking and telling inside stories about some of the scenes, and all that kind of stuff, and it was so much fun.

So, it really, really worked out, because, sometimes in the script for the new show, they would say, “This is this is red,” and I would be like, “No, it's absolutely not. It's green,” because I just watched the episode. So, it really helped us, because some people forget. Even some of the writers forgot what they wrote back in the first season, and we were able to remind them So, it helped.
Twitter
BotonSocial por: SocialEmpresa
Category: Interviews