The Leverage crew join forces once again to take on the wealthy and corrupt and help out the worthy, taking on all new cons and adventures. The second eight episodes of Leverage: Redemption premiere October 8th on IMDb TV. SciFi Vision recently caught up with executive producers Dean Devlin and Kate Rorick to talk about the series, including why they didn't recast Timothy Hutton, the imporance of keeping the tone, a possible season two, and more.

“So, we tried a million different versions, different ideas on how to bring it back, but when Amazon announced that they were doing IMDb TV, it seemed like it might be a really good fit. I sat down with them a little over two years ago, and we started talking about it and exploring how [we could] do this together. What would make sense? What story would work?

“When we finally landed on Redemption, we got that green light that we were so desperate for, and we got to bring the show back, and it was incredibly satisfying.” 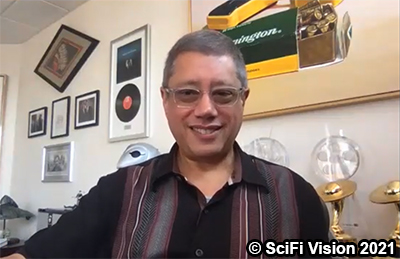 Devlin said that they needed something new to drive the story, and they felt Nate (Timothy Hutton)’s story had been completed. “What seemed to really work was the idea of, all right, if we're bringing the story back, let's have a new engine that drives it forward, and instead of dark as a revenge story, let's try something a little more optimistic, like a redemption story, and see what that takes us. It turned out to be a really good motor to create new episodes and to drive the show forward.”

That led to them creating the character of Harry (Noah Wyle), according to Rorick. “The Harry character is born out of the fact that we'd noticed that crime is no longer necessarily doing something that breaks the law, but it's starting to feel like people are more manipulating the law to get away with what they want…So, we wanted to create somebody who had been on the other side of that line, and the idea of Harry as a corporate lawyer, somebody who has actually manipulated the law for these people and knows those all those tricks. To come to the realization that he's actually been bad this whole time, it's very hard to change your mind about yourself, and the fact that he did it and wants to change is mind blowing. It's very difficult to take those steps, and our Leverage team, thankfully, is there to help him on his path.”

Rorick said that keeping the same light tone of the original was important to them when creating Redemption. “It's a tightrope walk to do the tone, but it had been so beautifully established in the first seventy-seven episodes, and it was very important that we keep that up, because without the humor in the show, if you strip out the humor, it's actually a really dark show. It's about people being exploited, and it's about very unfortunate things. So, it was important for us to keep that humor intact.” 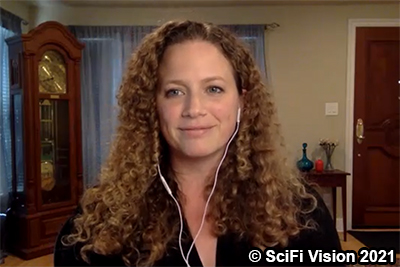 Devlin agreed. “I also think it's a big risk to play around with the ingredients of a recipe. I've seen a lot of reboots, some have worked, and some have not, and sometimes I think that they cynically disregarded the original too much…There are certain changes we had to make, but we really wanted to honor the spirit of the original show, and it was a huge part for us. Trying to make sure that we can nail that tone was probably the most difficult part of the entire endeavor, because we deal with some very dark things on the show, but yet we want this to be a positive experience.”

The two also teased a bit about the antagonists RIZ in the back half of the season, who Rorick described as a “formidable foe.”

The producers hope to have season one blu-rays show up at some point, but there has yet to be a deal made.

Devlin and Rorick also admitted there has been discussions about a possible season two, and Rorick said that right now they are “cautiously optimistic.” Devlin added that it’s about the numbers. “The important thing is that if the fans like the first eight, the back eight are even better, they should show up in the kind of numbers they did before, and that would go a long way to helping secure a second season.”

Be sure to watch the rest of the interview below and catch Leverage: Redemption when it returns Friday to IMDB TV.
Twitter
BotonSocial por: SocialEmpresa
Category: Interviews