Women Is Losers is a new film that tells a familiar story. The movie follows young Celina Guerrera as she copes with an unplanned pregnancy and tries to make it on her own as a single Latina mother in San Francisco. From 1967 to 1973, Celina struggles to hold a job, pay the rent, raise her son and maybe, just maybe, get a foothold in a system that is rigged against her. Fresh off the festival circuit, Women is Losers premieres Monday, October 25th on HBO Max.

This may be a period piece, but in the hands of writer/director/producer Lissette Feliciano, the tale pops off the screen with a modern feel. Her directorial and production choices (such as modern music and other anachronisms) remind audiences that the more things change, the more they stay the same. 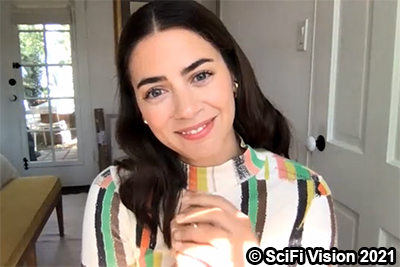 Most of the story feels familiar because, sadly, women have dealt with these issues for generations – but that's not the point. Each obstacle is new and surprising to Celina, and Lorenza Izzo (Hacks, Once Upon a Time... In Hollywood)’s performance is the centerpiece of the film. Her face conveys Celina's naivete and pained surprise with each disappointment, her slow realization and determination to make a life for herself.

“It was really important to me that when we're with Celina, we're feeling these [disappointments] as real first time [disappointments],” Izzo explained. “And we're seeing her disappointment from being an innocent, naive child and pushed into the reality of what San Francisco '60s was like in that community, in the Latino community, and that huge melting pot of cultures. Being a woman was [being a] second class citizen and understanding what that would be for her - and a system completely set up for her to fail at every turn.

“…From the get go, Celina was very much in my heart, the experience of her and what she goes through at every turn and what all these women figures in my life have gone through…We all know a woman who has gone through something similar, if not yourself.” 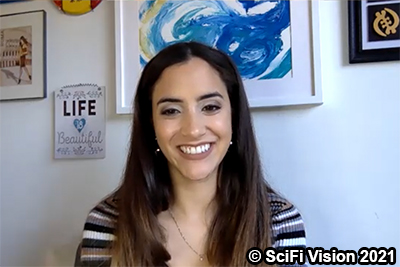 While Izzo shines in what is surely a breakthrough role, she's supported by a solid cast of characters who alternately help or hinder Celina. Chrissie Fit (Pitch Perfect 2) nearly steals the early scenes as Celina's best friend Marty, and Bryan Craig (Grand Hotel, General Hospital) is Celina's sometime boyfriend, Mateo. The cast also includes Simu Liu (Shang-Chi and the Ten Rings) in a pivotal role as Celina's boss, as well as Steven Bauer (Scarface, Breaking Bad), Alejandra Miranda (La Reina del Sur) and Liza Weil (How to Get Away with Murder, Gilmore Girls).

“This movie lives and dies by this cast,” said Feliciano. “I cast for people. I tend to cast for people, because I do believe that [there are] really great actors, but souls are harder to cast for. So, everybody that came to the story, they had to come to it because they wanted to be there; they had to come to it because they were trying to say something that they hadn't had a chance to say before. And because they had that investment, I think that is why it popped the way that it did.”

“The crew and the cast, we all knew this was an important story,” added Izzo, “a story that needed to be told and a story that is now so timely with all the current events happening, a story that can resonate in the public events, but it's also a story of hope and reaching your dreams.”

Watch the rest of the interview below and don't miss Women is Losers on HBO Max.