SciFi Vision | Reviews | Book Reviews | Orphan Black: The Next Chapter - What Clone Club Has Been Waiting For

Orphan Black: The Next Chapter - What Clone Club Has Been Waiting For

Today Serial Box released part one of episode one of the highly anticipated continuation of the popular BBC America series, Orphan Black. The Next Chapter takes place eight years after the end of the television series, which followed the intertwined lives of clones as they struggled to not only find their identities, but also stop those behind the cloning program and other atrocities of science.

The new series will see the return of the sisters. Although Project Leda has come to an end, it’s not over. Everything changes when they discover the existence of more clones and are forced out of their anonymous lives in order to stop a disaster.

The series is available in audio format and narrated by none other than star of the original series, Tatiana Maslany. The book can also be read in text format.

**Review contains slight spoilers for part one of episode one**

I have to admit I was super excited to get my hands on an advanced copy of Orphan Black: The Next Chapter. I was a fan of the series and couldn’t wait to read where the clones’ lives had taken them. The fact that the story would be narrated by Maslany herself only made it that much greater, as she was the heart of the show. 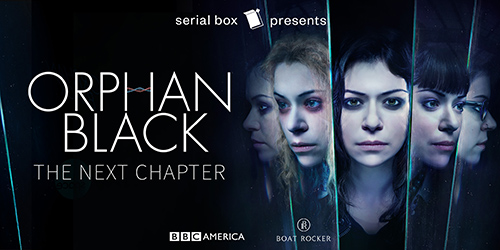 I didn’t know what to expect when I started. I had wondered at first if the story would focus on other characters, or perhaps even all new clones. There may be some new faces, but it seems that the story is going to focus on the sestras we already know and love, which makes it that more exciting. Although, I also can’t wait to see how Maslany takes on new clones we haven’t seen yet. 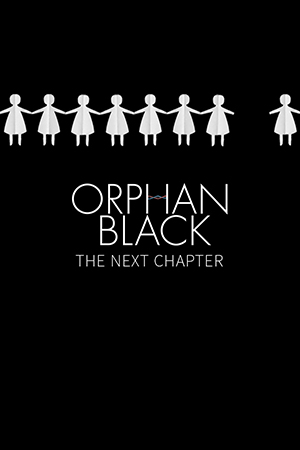 Although part one of the first episode was very short, it was enough to whet my appetite. Getting a peek into where the clones have been since the series ended is rewarding. From the press release, it looks like we will at least be getting a few of the original clones back in action, as well as some other familiar faces.

Story wise, although there is not much to go on by the end of part one, it’s obviously going to be tackling science and tough moral issues like the television show, since DYAD is involved. Cosima is cautious and has learned not to trust so easily, but it’s obvious that she is curious to know more when she is offered a job by Dr. Sturgis. Can she say no, and if she doesn’t, will she be pulled back into a world of danger and deception? And more importantly, who is the new clone Vivi Valdez, what agency does she work for, and how is she going to become involved with the sisters?

Part two of the first episode will be released next week, with episodes dropped each subsequent week, until episode five is completed, at which point there will be a mid-season hiatus until November.

Orphan Black: The Next Chapter is available exclusively on the Serial Box apps, available on the Apple App Store, Google Play, and directly through their website.