The film Morgan, directed by Luke Scott, follows a group of scientists in a remote, top-secret lab who after previous failed experiments have genetically created a synthetic human, which has the potential to change human evolution forever. Morgan (Anya Taylor-Joy) was given emotions unlike the previous failures and seemed to be thriving, until she attacked one of the doctors.

A woman from corporate, Lee Weathers (Kate Mara), who deals with risk assessment and management, comes on board to decide what to do with Morgan. Things only go from bad to worse as Morgan is unwilling to be controlled anymore. 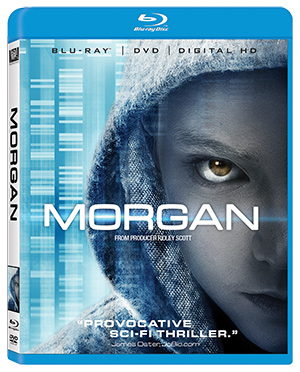 Morgan is an enjoyable science fiction thriller that deals with moral issues about what makes someone human and what rights a synthetic one should be afforded. The doctors love Morgan as a human child and are hell-bent on protecting her, while on the flip-side is Weathers, who views her as company property, who is only valuable as a test subject.

Taylor-Joy was a brilliant choice for the title role. She plays both innocent and crazed well and is able to switch between the two almost flawlessly. The rest of the all-star cast bring it all together.

With a well-written script, strong characters, and a stellar cast, the film has everything going with it; however, it doesn't quite reach its full potential.

With a somewhat similar subject matter (though it deals with a genetically created synthetic as opposed to a robot with artificial intelligence), the film feels reminiscent of Ex Machina (see previous review), but falls short of it. It doesn't quite make the point it seems to be trying to make, as the surprise ending is fairly predictable and seems a bit forced. It showed a lot of potential with ethical discussion, but disappointingly didn't go far enough.

Regardless, it still was enjoyable and definitely thought-provoking, even if it didn't go quite as deep as it could have, with perhaps more time spent on humanizing Morgan and less on her descent into chaos.

The film comes with a few special features, but in my opinion not enough. I would have enjoyed a making-of special or more discussion of the moral questions raised by the film (as opposed to the science it's based on).

Modified Organism: The Science Behind Morgan (19:40) - This feature is a look at some of the science involved with the idea behind the film. Director Luke Scott is interviewed as well as various scientists in the field. It's more about real life science, however, and what can be done today, as well as their goals for the future in medical science, more so than it really is about the possibilities for the future for things like synthetic humans and such. 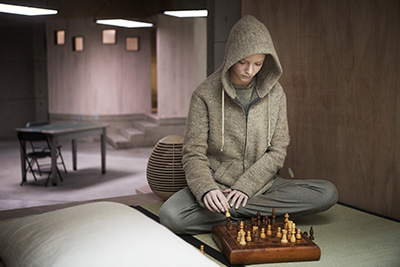 It is broken up into sections, though is only playable as a single feature. These include Understanding Genetic Engineering, which talks about mapping the Human Genome and the possibility of gene editing, Perfecting the Code, which discusses some of the possible medical applications, Synthetic Life, which talks about whether a synthetic human would have a soul as well as what rights it would have, and A Genomic Future, which touches on ways the technology could be used and abused.

* It is Not a Child (2:08) - Lee watches a video of Morgan and talks to Kathy
(Jennifer Jason Leigh), who doesn't blame Morgan for hurting her, and says it
was just a tantrum,  because Morgan's still a child, even though she appears
much older. Lee emphasizes that "it" is not a child.

Oddly, in the deleted scene, Kathy refers to Morgan as a boy, who clearly was a
female in the film. There is also a spot where Lee sees Morgan naked, and she is
androgynous. The director talks in the commentary about it not playing off right
and cutting it. It was also repeating old information. It was interesting to see,
but I think the film worked better without it.

* This is a Beech (0:43) - Here, before Morgan talks to Doctor Shapiro (Paul
Giamatti), she has a flashback of Amy (Rose Leslie) showing her a beech tree
in the woods.

* A Friend? (0:46) - This one is a short bit during the interview that was cut as
it made the scene too long. It's about Morgan being isolated.

* Face on a Fork (0:49) - Kathy gets her bandage changed. The women are upset
about Lee coming to investigate and are worried about Morgan. Amy blames
Kathy for getting herself stabbed in the eye.

* Extended Study Fight (1:23) - This is an extended version of the fight between
Morgan and Lee in the study that was cut for length. 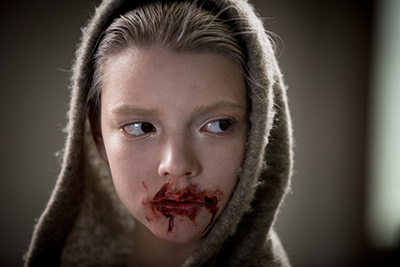 Loom (Short Film) (20:27) - This film takes place in a dystopian future where meat is grown on looms. The short follows lab technician Tommi Galvan (Giovanni Ribisi), who while working on the loom, steals growth hormones for his own purposes.

The short film has optional commentary with the director as well, in which he explains some of it and talks about writing it and filming it, including technical details on things such as lighting and other production aspects.

It's an enjoyable and interesting short that brings up ethical questions and fits well with the subject matter of Morgan.

Gallery - This feature is a slideshow of forty-five still images that can be advanced automatically every five seconds or individually.

Trailers - Includes a teaser trailer and theatrical trailer for Morgan, with the ability to "play all."

Sneak Peek - Includes an ad for Digital HD and trailers for Assassin's Creed, X-Men Apocalypse, The Martian, and Deadpool. Can be played separate or all at one. 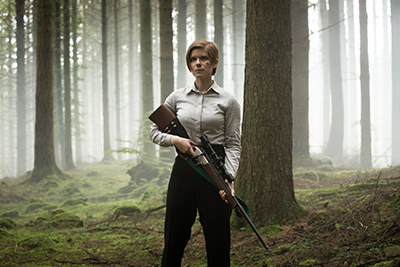 The disc is front-loaded with an ad for Digital HD and trailers for Assassin's Creed, X-Men Apocalypse, and The Martian.

Despite its shortcomings, Morgan is an intriguing sci-fi thriller and definitely worth a watch.