DVD Review: The Gifted: The Complete First Season - Out 9/25 on DVD

The television series, The Gifted, is set within Marvel’s X-Men universe, but in an alternate timeline where the X-Men have left. In the series, the government is trying to eradicate all mutants.

The story starts in Atlanta, Georgia, when Clarice Fong (Jamie Chung), known as Blink, a mutant with teleporting abilities, escapes from prison. After being tracked by John Proudstar/Thunderbird (Blair Redford), she is brought by his group to the mutant underground, where they run a safe haven for mutants.

Meanwhile, mutant Lorna Dane/Polaris (Emma Dumont), is captured by the anti-mutant Sentinel Services and sent to prison, where a collar is put around her neck to suppress her abilities. She is seen by district attorney Reed Strucker (Stephen Moyer), who offers her a reduced sentence if she gives up information on the underground movement. She does not. 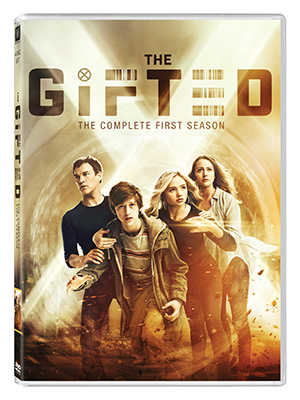 That night, Reed’s children, Lauren (Natalie Alyn Lind) and Andy (Percy Hynes White) attend a school dance. When Andy is bullied, he manifests his telekinetic mutant abilities for the first time. His sister, who has been hiding her own abilities from even her family, helps him escape.

Now in danger, the Strucker family, including the children’s mother and Reed’s wife, Kate (Amy Acker), must go on the run and into hiding.

They are helped by Marcos Diaz/Eclipse (Sean Teale), a member of the underground, when Reed offers him information on his girlfriend Lorna, who is still captured. However, they are stopped by Jace Turner (Coby Bell) and other members of the Sentinel Services agency.

Blink is able to teleport everyone out except for Reed, who is captured by Sentinel Services.

Back at the underground, the rest of the family work with other mutants to stay hidden, rescue Reed, and stop Sentinel Services. 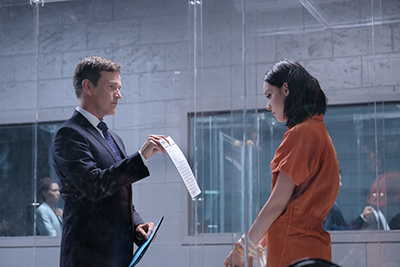 During the season they are fraught with many challenges, but meet other mutants to help along the way as they try to find their place among them.

I enjoyed this new fresh take in the X-Men universe. It fits well within the scope of television and doesn’t feel as much like a traditional X-Men film, which I like.

The cast is fantastic, and every member of the ensemble gets their moment to shine. We get to spend time with each character and learn about their abilities and in most cases their back stories. Each character becomes an integral part in their quest for freedom from capture and persecution.

The scripts were well written and do a great job of keeping your attention through season one, which is fairly heavily serialized, though not difficult to understand. 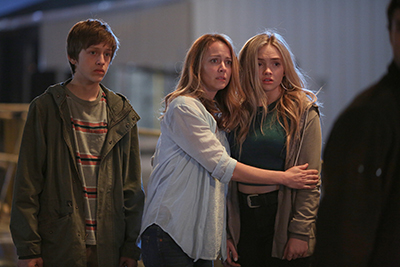 You don’t have to be a fan of the X-Men or the Marvel Creative Universe to enjoy the show. It is very relatable with themes of discrimination and struggling to find your place in the world. However, if you are, the series is also fun and filled with excellent sci-fi action and well executed special effects. Fans will also get a kick out of tidbits throughout that help to fit the show into the X-Men universe.

Bonus Features:
There are no special features included.

Packaging:
The set, which is in a normal DVD case, contains three discs, the first two holding four episodes each, with the third containing five, including the two-part season finale. 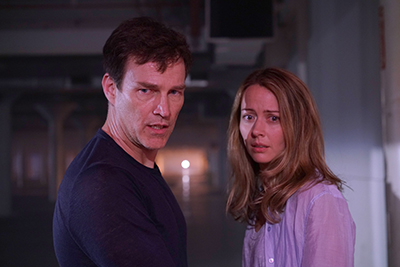 It’s disappointing that the set does not include any special features, just the thirteen episodes. A bigger faux pas in my opinion, however, is that there was no Blu-ray version released. It was filmed in high-def, so there is no excuse for that.

Final Thoughts:
All in all, The Gifted, had a strong first season, and if you aren’t concerned with special features, it’s worth a buy. However, if you are like me and dislike watching anything that isn’t in high-def, there is also the option purchasing the season on digital HD on most platforms.

Also, be sure to check out all-new episodes for season two of The Gifted, Tuesdays on FOX.
Twitter
BotonSocial por: SocialEmpresa
Category: DVD Reviews