Tonight AMC premieres its new series 61st Street, which follows high school track star Moses Johnson, played by Tosin Cole, who witnesses a shooting during a drug bust and flees, which starts off a chain of events that puts him in the middle of the corrupt Chicago criminal justice system when a police officer ends up dead.

The series highlights a lot of what’s going on in the world today, tacking real world issues of racial profiling, institutional racism, police corruption, and more. Cole feels honored to be in such a series and takes it seriously. “You feel like you’ve been chosen to be a vessel for a bigger discussion,” Cole told SciFi Vision during an exclusive interview. “Obviously there’s a sense of responsibility that you have. I mean, obviously, I’m a black man, so I’m trying to make sure I represent and tell the story the best way I can and as truthful as I can, and, obviously, you want to make sure it’s part of a bigger discussion and a discussion that’s held with empathy…I’m just honored to be a part of that discussion and to make something that effects people in that way and [makes] them think.”

The actor continued that the series is based in Chicago, but the themes are universal. 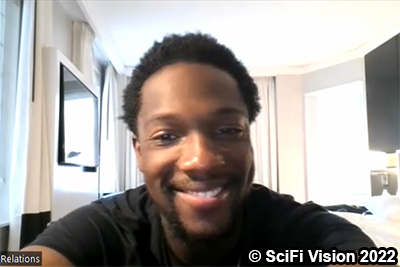 Cole was drawn to the layers and complexity of the character. “It’s the challenge of being a fish out of water,” said the actor. “I mean, it’s being a fish out of water and just being in a world that he's not comfortable in and trying to explore that and trying to find those nuances and like what would you do and how would you do it…I think those are the things that kind of drove me to it.” 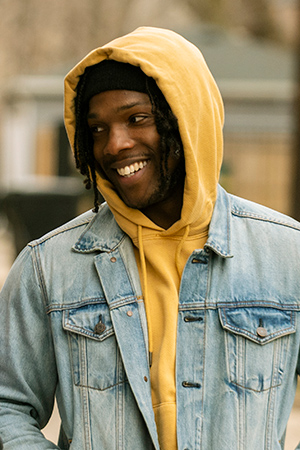 Moses’s problems start when he runs from the situation he finds himself in. Cole talked a bit about his character’s split decision in the moment. “He chose the flight, because he is trying to escape and run to save his future, to save his dream, to save everything that he's worked so hard for. And evidently him doing that, it's cost him so much more, because it's just kept on piling up and piling up and piling up until obviously, the main event goes down, and obviously it goes down in a way for him he couldn't even dream [of].”

All the running required some training for the role, but there were difficulties because of the pandemic, according to Cole. “I ran with Dwain Chambers, British Olympic runner,” said the actor, “and I was training with him in terms of…running and getting the form right…but, obviously, it's kind of tricky, because at the same time, we were in the middle of a pandemic. There were no gyms; there were no weights. You couldn't get weights to save your life. It was all gone, but we just tried to find the best situation and make sure it was constant.” 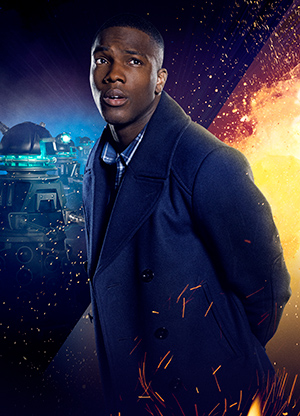 Viewers will likely know Cole from his role as Ryan Sinclair on Doctor Who, which Cole said taught him professionalism. “[It’s] just coming to work, showing up every day, trying to be as prepared as possible. It's making a great environment to work in… and trying to make sure that you’re prepared so people can enjoy what you’re delivering.”

Surprisingly, the actor said that working on Doctor Who didn’t really change his life. “I think it’s still pretty normal,” said Cole. “I think I've grown up a bit [but] I don't think it's changed that much. I don't really buy into like the whole celebrity thing of like ‘Oh, I've got fans now.’ I'm still on the train; I still take the tube. I still drive; I still have to go to the shop for my dad…So, you know, life in that bubble, I try and exist in that bubble. I don't really think about external stuff.”

Watch our interview below for more and to see Cole’s response to a possible return to Doctor Who.