The Wilds, which returns to Prime Video on May 6th, follows a group of teenage girls that have crashed on a deserted island, which it’s later revealed was not by accident, but rather part of an experiment. The second season brings with it the addition of the boys’ group and shows how their experiences compare to the girls. The writers recognize not all the fans are on board with the addition, but it was important to tell that side as well, according to executive producers and writers Sarah Streicher and Amy Harris.

“We really tried to tell the story authentically and honestly,” Harris told SciFi Vision during a recent roundtable interview. “I think Gretchen (Rachel Griffiths) very wisely realized a control group has to happen, because if all she shows as a group of women doing a good job, they could argue men would have done the same. So, I think once we just sort of started chasing what Gretchen's next [move was], like, what would she actually be doing, it was very clear to us that the boys’ island had to come. 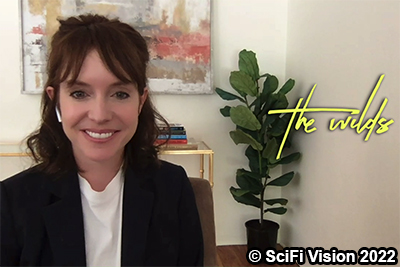 “So often the male experience is de facto, default,” explained creator Streicher. “The women's experience is some kind of corollary counterpoint, but we've flipped it here. And I sense among the fandom, that there's pushback, and I hear that so deeply, and I would be too. It's sort of like, ‘who's invading my show?’ But I hope that when they see that the women had been the forerunners, and this is another lens on the coming of age experience, I think it should be a compelling watch, and we dearly hope it will be.”

The two writers also talked to some of the pressure that there is with the show now having a built in fan base in season two. 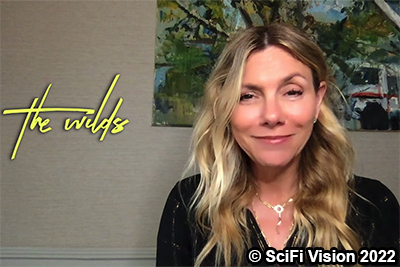 “I felt it enormously,” Streicher told the site. I mean, character creation, it's one of our most challenging arts in this medium. I got to spend years developing those young women, and here we were on a bit of a time crunch, but you have to invest that same love. You have to draw from your own life, draw from the lives of the male writers, the queer writers that we brought on. We knew that the onus was on us to make them like come alive and have the depths that the women had, otherwise it would have would have felt really thin and upsetting. So, there was a lot of pressure there.”

“I think the good news when you're a new show is you're terrified,” explained Harris, “because you don't know if anyone's going to come, and then if they don't, you can…blame lots of other things. But when you're coming into a second season of a show where you have fans, you really [feel] the pressure. I feel it every season…but I felt a tremendous amount knowing how much our fans really connected to the stories we told. Certainly, adding in eight new characters that we're asking them to invest in, I felt like we have a very big job in front of us. We just never stopped loving, laboring…We're pretty intense about our desire to deliver, and it’s scary.”

Streicher added that they did devote screen time to flesh out the boys’ characters well, and they hope people will give it a chance. “I hope that the audience realizes, as the episodes continue, that we are very much even-handedly caring for and loving the stories on the women's Island as well,” said the creator.

For more, be sure to watch our portion of the interview below, and check out The Wilds starting May 6th on Prime Video.