Friday, the second season of Prime Video’s The Wilds premieres. Season one of the series followed a group of teen girls who crashed landed on a deserted island, but it was revealed that the plane crash was fake. It was all part of an experiment perpetrated by Gretchen Kline (Rachel Griffith) to prove that women could build a society and survive better than men. Season two introduces the male control group to the mix.

Recently, to promote the series, SciFi Vision spoke with Alex Fitzalan, who plays Seth, and Charles Alexander who plays Kirin, during a roundtable interview.

The two characters don’t always get a long on the island, and we asked the actors about how important personalities versus skills are when it comes to who characters work with and trust while on the island. 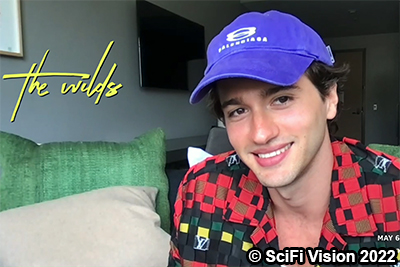 “Skills, they don’t go anywhere,” Alexander pointed out to SciFi Vision. “You can't fake it. A personality, you can kind of put it on and crack some jokes or, I don't know, get in someone's face, but you can't really argue with whether or not you know where north is.”

Fitzalan agreed. “Personality seems like a first impression type thing,” said the actor, “whereas skill is something that you learn after being with someone for an extended period, especially group of eight young men, whereas proving yourself as a capable person, as a seventeen year old, you're probably really eager to do that, especially to your peers.” 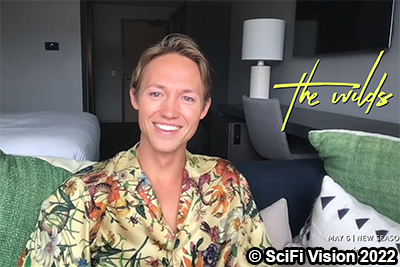 The actors also talked a bit to what part of the characters they are different from and found difficult connecting with. “Seth’s really troubled and dark,” Fitzalan told the site. “That was tough. Some of those things were really hard to film, but you just do the work.”

“[Kirin] just seems like he does not [care] at all about what anyone else around him thinks,” said Alexander. “Try as I might to come across like someone that doesn't care what other people think, I guess I'm not that uninhibited to the point where I'll just walk out of the water naked and then shake my d*** at someone to get them to stop looking at it. I'd probably be like, ‘Oh, excuse me, I'm just going to nip off into the bushes and put something on,’ or like, I'd have a sarong by the side, [or] I’d have some sort of vanity garment, but I wouldn't just let it all hang out like that. What a bold maneuver.”

For more, including the actors discussing the sun burn makeup effects, whether or not they themselves would survive a deserted island, and more, watch our interview below, and don’t forget to tune into The Wilds season two, starting Friday.