Recently Starz premiered Becoming Elizabeth, the story of Elizabeth Tudor as a teenager, long before she ascended to the throne of England. To promote the series, SciFi Vision talked to creator and executive producer Anya Reiss and executive producer George Ormond about bringing the story to life. The two were drawn to telling a different part of the history of Queen Elizabeth than has been done before.

“[When] Anya and I first started talking about it, when we first came across this part of the history, we just couldn't believe that it hadn't been explored before, because it's an extraordinary story,” Ormond explained. “Really, it's a roller coaster for Elizabeth, for her two siblings, Mary (Romola Garai) and Edward (Oliver Zetterström) and all the people around them, but it also felt like a really contemporary story that explores the relationship between Elizabeth and Thomas (Tom Cullen) and explores power and a really complicated relationship between a young woman who feels she's in control, but actually isn't really in control. It felt like...one of the things that really helped to make Elizabeth who we think of when we think of Elizabeth the icon.”

“I think that's what drew me to it,” agreed Reiss. “Every bit of the history we found out...suddenly all the things I knew about her made sense from this earlier story. So, that felt really exciting to kind of tell her story backwards, where it's all the things that happened to her that make her who she is.” 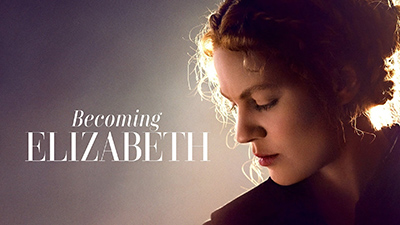 The difficult part of bringing that story to the screen, according to Reiss was in dealing with what happened between Elizabeth and Thomas. “The central story in the early part of the series is definitely her and Thomas and this very complicated [and] abusive relationship,” explained the creator. “Trying to handle that with the right knowledge of the history and be accurate to it, and [trying to] address it without putting too much of a modern lens on it, I think handling that story was definitely the hardest part.”

“It's a story that raises really big questions about what's going on between Thomas and Elizabeth, but we're telling it through Elizabeth's eyes,” added Ormond. “So, what she feels I think is what Anya judged brilliantly. You know, she's really attracted to Thomas, early on, but as the story unfolds, our feeling about that relationship shifts as her feeling about it shifts as well. It's really compelling watching her trying to figure out how to deal with it. That also felt very contemporary, very relevant to now.”

For more from the executive producers, including what surprised them while learning the history, watch the full video interview below, and be sure to check out the series, available now on Starz.