Today, the third episode of Seth MacFarlane’s epic space adventure, The Orville: New Horizons dropped on Hulu. Recently, SciFi Vision spoke exclusively with the cast about the new season and what’s to come for the crew of the U.S.S. Orville.

Scott Grimes, who plays the character of Lieutenant Gordon Malloy, talked about his character maturing a bit this season. “[He] wants to probably settle down, find love, and become a captain someday, I would think,” teased the actor. “So, you're just going to see a side of Gordon that coincides with the show getting a little bit more serious. He's going to help out more and be there for people instead of just saying some kind of goofy thing once in a while, and I'm proud to have him evolve in that way.” 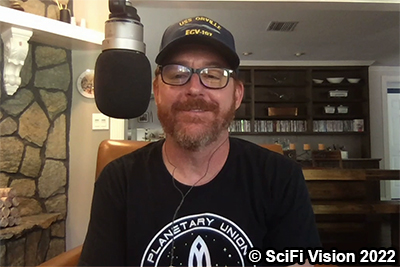 J. Lee, who plays Lieutenant Commander John LaMarr, who’s now the chief engineer, is also taking things seriously. “[When] we open, the ship’s getting this brand new upgrade and refit, and he's been working pretty hard on that,” the actor explained. “So, I think he's taken the job [seriously]. He understands his responsibility as chief engineer, and the captain depends on him and the crew depend on him. So, he's working very hard. A couple of times [he’s] in the captain's chair this season, which he also takes pretty seriously.”

The two also talked to the site about working with green/blue screen.  “It is hard sometimes,” said Lee, “…but when you're around talented people like Mr. Grimes and Seth and everybody else on the set…it makes it fun. It's a lot of fun.” 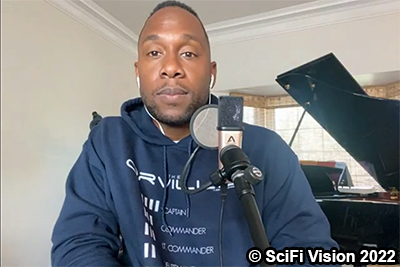 “You take for granted how used to things you get,” added Grimes. “…When the guest actors come in, and you see them semi-struggle with the same thing you struggled with at the beginning, it’s your job then to help them [with] little tricks that may be you know that you can help them do, because it has become easier. To emote to nothing is our job, really, on this show, especially. So, you’ve got to get good at it, or you're never going to be good at it…I enjoy it, and it takes the method out of [everything]...and that's it, you have to act.”

Grimes also talked a bit about a scene with the monster Randall in the third episode, “The Mortality Pardox,” that he shot and how it was put together. Watch the interview below to hear all about it, and don’t forget to check out all-new episodes of The Orville: New Horizons, now available to stream on Hulu. Also, stay tuned for more interviews with the cast!